ESA approved the Norwegian Tonnage Tax Scheme for another 10 years. The approved scheme implies certain amendments, including limitations for bareboat chartering out of vessels and inclusion of windmill farm entrepreneurial vessels to the scheme. An overview of the most significant changes is presented below.

The tonnage tax scheme approved by ESA requires that limitations on chartering out vessels on bareboat terms are introduced.

The following vessels are considered part of the offshore sector:

Traditional shipping comprises all other maritime vessels, mainly for transportation of passengers and goods between two or more harbours.

Limitations on bareboat chartering out in the offshore sector

The limitations on bareboat chartering out in the offshore sector are in accordance with the limitations earlier announced by the Ministry of Finance:

Limitations on bareboat chartering out outside the offshore sector (traditional shipping)

On bareboat chartering out outside the offshore sector, a distinction must be made between contracts regarded as operational lease and financial lease.

Chartering out on contracts regarded as financial lease will not be permitted under the tonnage tax scheme.

Bareboat contracts regarded as operational lease are allowed with the following limitations:

For both the offshore sector and traditional shipping, the share of allowed bareboat chartering out is measured on group level, as the ownership of the vessels is often organised through separate companies.

The updates will enter into effect from 1 January 2018.

The limitations on bareboat chartering out will not apply to existing contracts which are not regarded as long-term. The assessments of what constitutes a long-term contract are different in and outside the offshore sector. The following contracts will not be covered by the new rules:

In the offshore sector:

To avoid any risk of abuse of the system, any changes to existing bareboat contracts made between 15 November 2017 and 31 December 2017 will not be taken into consideration.

A transition period will be implemented for companies subject to the updated rules. This implies that affected companies will have a possibility to adjust to the new regulations for chartering out on bareboat terms within 1 November 2018. Companies are entitled to be taxed under the tonnage tax regime through October 2018. Companies that fail to adjust to the new rules will be taxed under the ordinary corporate taxation rules for  November and December 2018.

Vessels engaged in the construction, maintenance, repair and disassembly of windmills at sea are eligible under the scheme as of the income year 2017.

Non-self-propelled barges are eligible for the Tonnage Tax Scheme insofar as the barges:

The effective date will be from 1 January 2018. Transitional rules as described for bareboat charters will apply to the amendment related to 1000 gross tonnes, providing an extension to 1. november 2018 for adoption to the new rule.

The effective date for the amendment is 1 January 2018.

The current regulations on flag-link are maintained.

The approval by ESA implies that the framework for the Norwegian tonnage tax scheme is secured for the next ten year period. However, it remains to change the Taxation Act in accordance with the framework. The Ministry of Finance is currently working on a White Paper  for revision of the tonnage tax rules and the transitional provisions. The White Paper will hopefully be brought before the Norwegian Parliament early 2018.

Link to the final notification approved by ESA can be found [here].

Link to the publication from the Ministry  of Finance can be found [here].

This Blog post is written by Lina K. Smorr and Hilde Thorstad. 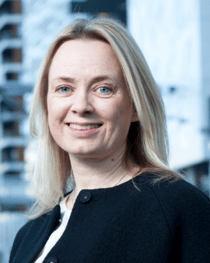