It is proposed to eliminate the differential VAT rates in the current VAT-regime.

The committee has proposed only to have one single VAT rate.

The committee proposes to remove the lower rates and wind up the exemption. In this regard, the majority of the group suggests lowering the VAT rate as a consequence of the tax revenue will be increased by winding up the exemptions.

The group experts do not believe that the current VAT system is suitable for influencing behavior and that the increased cost for consumers during the increase in the rates must take place through targeted measures.

Implementation and the potential effect of a new system

The proposed changes in the new system will entail a significant adaptation for the market players that are used to be covered by the zero-rating or other reduced rates. In this regard, the committee proposes that the changes shall be implemented gradually, and in two-steps.

The Committee proposes to phase out the reduced rate for food products and to introduce low-rate VAT (12%) for exempt goods and services as a first step.

The exempted goods and services, and the services that are currently covered by the low value-added tax rate are thus taxed by 12%, while other goods and services are taxed with the general VAT rate. Although the reform is carried out in two stages, it is important that it be implemented according to a predetermined and known plan and within a limited period. The committee proposes a maximum period of three years.

However, please note that the proposed changes will not affect the exemption related to exports. Exports of goods and services will still be subject to zero-rating.

Based on our experience, such a two-phase adaption will require a lot from the market players. The Ministry of Finance should therefore consider whether such a solution is desirable. Such changes entail, for example, that tax returns for VAT need to be changed several times. Similarly, solutions for ERP systems and SAF-T reporting must be changed for all the market players. This will at least be expensive for the involved parties.

Furthermore, a rate increase could be very negative for many actors who have benefited from indirect subsidization through the VAT system.

In the long run, it is quite possible that such an increase will be easier for the business sector, but the question that remains is how this will affect the consumers that in the end will bear the cost.

This blogpost is written by Marit Barth and Jennifer Wong 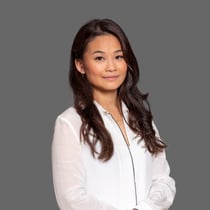