The national budget for 2018 was presented on 12 October 2017. This article provides an overview of the main proposals regarding corporate taxation, VAT and personal taxation.

In the area of property taxation the Government proposes several changes that will have a significant practical impact on the industry. The Government proposes that «works and installations» are no longer subject to property tax from 2019, with a transitional period of five years. In practice, the proposal entails that, broadly speaking, only land and building structures may be subject to property tax. Wind-power stations, hydroelectric power stations and constructions comprised by the special tax rules for the petroleum industry are not comprised by the proposal. The proposal is further discussed in a separate article (article in Norwegian).

The Government proposes an increase of the valuation discount for shares and operating assets for net wealth tax purposes, including related debt to from 10% to 20%. The basic tax free allowance is continued nominally.

Due to the reduction in the corporate income tax rate, the resource rent tax on income from hydroelectric power production is increased with 1.4%, to 35.7%.

The Ministry proposes that the rate of uplift (investment-based extra depreciation) relating to the special tax for petroleum income is reduced from 5.4% to 5.3% per year over a period of 4 years. Following this, the total rate of uplift will amount to 21.2% of the cost price of the asset.

The previously proposed amendments of the interest deduction limitation rules described in this blog post, whereby i.a. interest expenses on external debt is also subject to limited deductions, are postponed until 2019. The amendments were originally planned to enter into force from 2018. The Ministry states that a separate proposal on the amendments will be released as soon as possible, aiming for the new rules to enter into force from 2019.

Only minor amendments are proposed for 2018. The Ministry proposes certain adjustments in the interest deduction limitation rules due to the new  Financial Undertakings Act. The amendments aim to coordinate the rules with the changed terminology in the new act. In addition, the Ministry proposes a change of the exception for financial undertakings entailing that loan intermediaries no longer shall be excepted from the interest deduction limitation rules.

The Ministry proposes an amendment of the group contribution rules entailing that group contributions may be rendered to a Norwegian branch of an EEA company with uncovered losses after the cessation of tax liability to Norway.

The tax authorities have interpreted the requirement of tax liability to Norway to mean that an EEA branch must have taxable business activities in Norway in the year in which it receives a group contribution, in order for it to have tax effect. This has resulted in a difference in treatment of EEA companies with Norwegian branches with tox losses carried forward, compared to Norwegian companies in a comparable situation.

Thus, the Ministry proposes to introduce a rule that the company rendering the group contribution is entitled to deductions for the group contribution, when the recipient company within the EEA area has tax losses carried forward from previous business activities in Norway. The recipient company must reduce its tax losses carried forward correspondingly.

The amendment is proposed to enter into force with effect as from 2018.

No further amendments of the rules on cross-border group contributions are proposed. In a judgment dated 13 September 2017, the EFTA Court concluded that the denial of deductions for group contributions to a foreign group company constitute a breach on the freedom of establishment when the tax losses carried forward of the recipient company are final. We have previously blogged about the group contribution rules here.

The Ministry proposes a new rule whereby a calculated loss deduction is reduced with distributions that have been exempt from taxation under a tax treaty. The reduction shall be made based on dividends received during the ownership period of the shareholder, but limited to the last ten years. In case of a calculated gain, no such change applies.

If a Norwegian shareholder previously has been taxed according to the CFC rules on the same investment (given mainly passive income), there should be made no reduction on the basis of distributed dividends that have been taxed in accordance with the CFC rules. Any dividends that have been distributed without taxation before the shareholder became subject to tax according to the CFC rules shall be included upon the reduction of a calculated loss. If the owner is subject to CFC taxation at the time of the realisation of the shares, gains and losses shall be calculated pursuant to the CFC rules.

The background for the rule is that certain tax treaties entered into by Norway and other states contain provisions that depart from central tax legislative considerations in general. Under these treaties, dividends distributed to a Norwegian company may be tax exempt, if the corporate shareholder meets the ownership requirements in the tax treaty. At the same time the treaties grant Norway taxation rights to gains upon the realisation of shares, while the taxpayer has the right to deductions for losses upon the realisation of shares. In the Ministry’s view, this combination gives rise to unwanted tax planning. The most central of the treaties containing such provisions is the tax treaty with Singapore. Thus, the new rule should be most important for Norwegian investments in Singapore.

The rule is proposed to enter into force with effect as from 12 October 2017.

Amendment of the tax residency of companies etc.

In March 2017  the Ministry released a discussion paper on a proposal for the amendment of the tax residency of companies etc. The proposal entailed that a company incorporated under Norwegian law shall always be regarded tax resident in Norway, and that the assessment of when a company incorporated under the law of a foreign jurisdiction shall be made based on a broader basis than under current law. The national budget did not contain any proposals relating to this matter, however, the Ministry stated that a proposal shall be released as soon as possible. We have previously blogged about the proposal of March 2017 here.

Simplifications of the tax and VAT system

The Ministry acknowledges that the current system contains several arrangements that are administratively demanding for the industry, personal taxpayers and the tax authorities. Therefore, the Ministry states that it will initiate a project in collaboration with the tax authorities aiming to identify and form the basis of a simplifications of the rules.

Increase in the low VAT rate for travel- and cultural services etc.

The low VAT rate is proposed to increase from 10% to 12 % from 1 January 2018. The aim of the increase is to gradually shift the tax burden from income taxation and to consumption taxation, like VAT and excise duties. The expected revenue increase from the rate increase is MNOK 700.

Goods with a total value below NOK 350 can be imported into Norway free of import VAT and customs duties. For more information about the scheme please see our blog.

The survival of the Low Value Scheme has been debated through recent years because of the trade leakage it creates. Lowering of the limit was debated through the election process and some politicians promised to do something about the trade leakage, but surprisingly, no comment whatsoever is made in the proposal, and no changes are proposed. We expect that the debate surrounding the issue of trade leakage will resurface and that changes to the scheme may be proposed in the revised budget proposal next year.

Rates and thresholds and deductions

The suggested changes will if passed be in force from 1 January 2018.

Persons who live outside his/her home due to work may claim deduction for additional cost related to free board, lodging and travels to visit home (commuter deductions). It is now suggested that the deductions are linked more to temporary commuter cases where the cooking possibilities in the commuter accommodation is limited. Based on this, the deduction for additional expenses for meals for personnel who has the ability to cook/store food in this home is suggested repealedfrom 1 January 2018 This is because the authorities in these cases consider the commuter not to have any actual additional costs.

Further, the other rates for deduction for meal expensesare reduced by 100 NOK. Also, deduction (free board and lodging) is limited up to 24 months. Again, it is argued that the commuter does not have any actual additional costs as the commuter gets more settled into his or hers new place as time goes by.  If the commuter must change commuter accommodation including change of municipality, due to work, a new 24 month period start running. There is no time limit for travels home or for work purposes.

Information about foreign contractors and employees

When a company or a public body gives assignment to foreign contractors for work in Norway, the company/public body is generally obliged to inform the Norwegian authorities about the contract with the foreign based company, as well as inform about the employees working in Norway under this contract. This is done through the RF-1199 form. The rules regarding the extent of the RF-1199 reporting is now suggested changed, as follows: 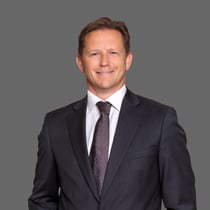 My name is Lars Flatåker, and I work as a Director/Lawyer in the International Trade/Indirect Tax Team of PwC Oslo.

I have been specialising in import/export issues, customs and excise, as well as VAT, since 2003. I assist clients with navigating through the complexities of customs and VAT rules, as well as bookkeeping- and other compliance obligations, often in connection with cross border activities. I also provide advice on supply chain structuring, customs valuation and other specific customs issues. I have been with PwC since 2007. Before that, I worked as a legal advisor in the Norwegian Customs & Excise Administration.