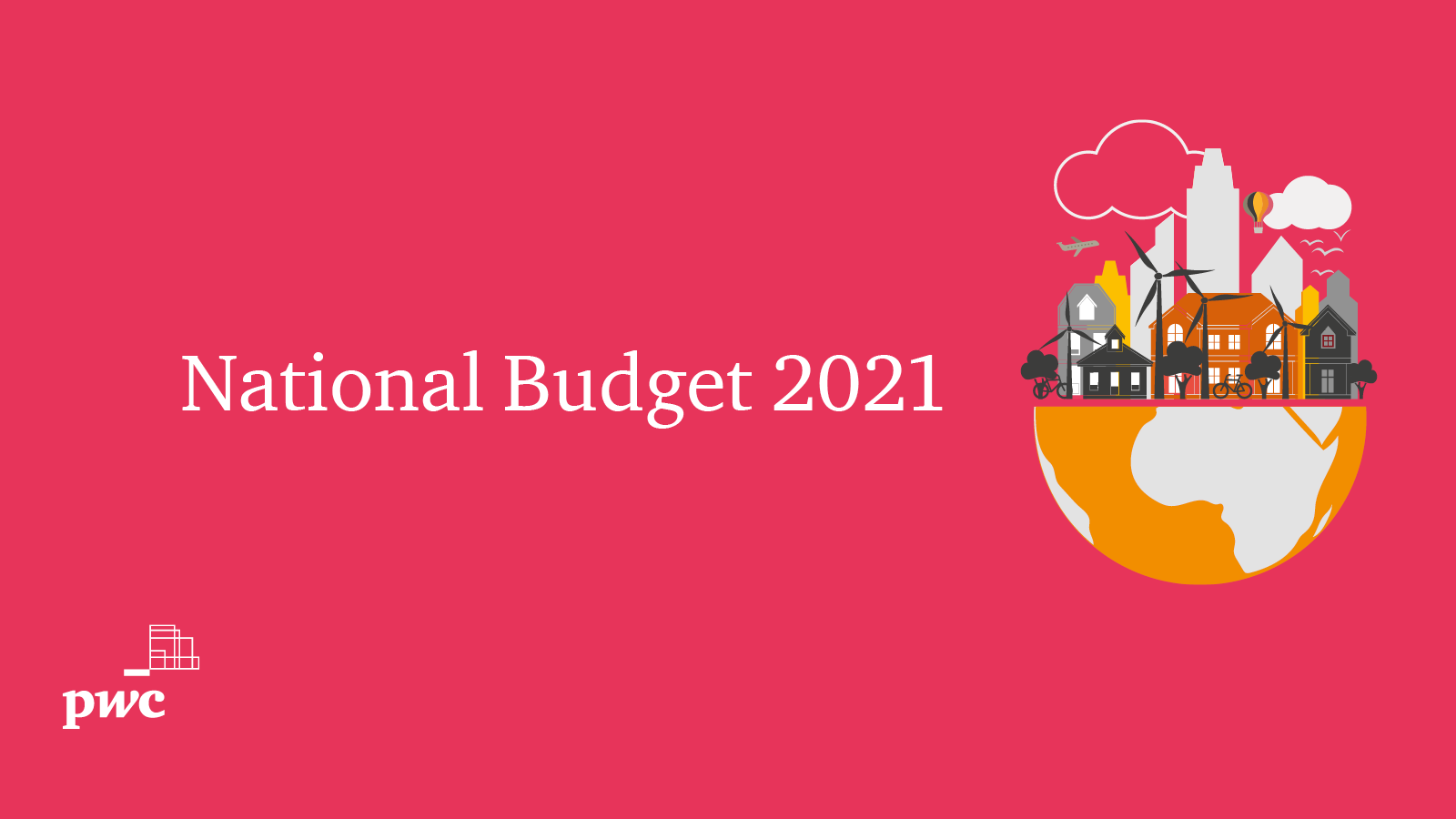 The Norwegian National Budget was presented today at 10:00 am.

It is proposed to introduce a withholding tax of 15 % on interest and intellectual property rights (royalties) and rental payments for certain physical assets.

The proposal implies that withholding tax will be levied on interest, royalties and rental payments for certain physical assets from companies with tax residence in Norway and Norwegian corporations (subsidiaries), to related companies resident in low-tax jurisdictions. The definition of interest and intellectual property rights is mainly proposed to follow the delimitations that follow from current Norwegian tax law. The physical assets that are proposed to be covered by withholding tax are ships, vessels, rigs, etc., aircraft and helicopters, correspondent to the asset groups included in the Taxation Act § 14-41 letters e and f.

Payments related to legal assets that are taxed under the Norwegian tonnage tax scheme are proposed to be exempted from withholding tax.

According to the proposal, related companies are companies etc. which directly or indirectly owns or controls another company by at least 50 %.

To ensure that the rules on withholding tax are in accordance with EEA law, the Government has proposed to exempt payments to enterprises that are actually established and carrying on genuine economic activities within the EEA from tax liability.

The right to impose withholding tax may further be limited or cut off by provisions on taxation of interest and royalties, etc. which are included in tax agreements with other countries. It is proposed that the withholding tax be determined by deduction, and that the payer of interest and royalties etc. will be the one who assesses tax liability and makes tax deduction.

We will return with a more in-depth post about the proposal for withholding tax on interest and royalties on the tax blog.

The Ministry proposes a time-limited exemption granted from the rules on limited tax liability in cases where the Norwegian employees in a foreign company must work from home due to the corona pandemic. The proposal is justified on the grounds that the home office scheme is temporary and a consequence of circumstances beyond the employer’s control. It is proposed to regulate the exemption in a temporary statutory provision, valid for the income year 2020, with possibilities for extension to the income year 2021 if necessary.

Request for decision no. 784 (2019-2020) states that the government shall assess whether activities that do not qualify for tax exemption can be operated by companies within the Norwegian tonnage tax scheme. As of today, companies within the scheme can only engage in activities that qualify for tax exemption. The status of the request for decision will be presented in the National Budget for 2021. If such change is implemented, this can lead to more entities willing to be a part of the Norwegian tonnage tax scheme.

The government proposes to increase the annual amount limit for tax-free gifts to employees from NOK 2,000 to 5,000 from 2021. There is a requirement that these are payment in kind and not cash payments.

Along with the current limit of the maximum value for tax-free discounts (NOK 8,000) to employees, the employees in companies that sell goods or services will be able to receive discounted goods and services for up to NOK 13,000 tax-free within a calendar year. Please note that the payment's value must be aligned with the market value, and the employer is obliged to report taxable payment in kind.

The employer must also be able to offer vaccines against infectious diseases, such as influenza and other pandemics, tax-free to the employees.

Furthermore, the government proposes to remove the condition that gifts from the employer must be given as part of a general scheme in the company.

The Ministry has considered various rules for taxation of payment in kind, since it is demanding both for the authorities and for the employer to comply with the reporting rules.

Proposals that have been considered have been to introduce a tax-free percentage for employee-discount for each item/service instead of an upper limit or to remove the framework as such for tax exemption and give both employee and employer a robust financial incentive to pay with products instead of cash salary.

Corresponding adaptation opportunities will arise by generally exempting gifts below a certain value from the reporting obligation without limitation in the number of gifts or the upper limit. The government will not proceed with this type of proposed change.

By removing the requirement that the gifts must be given as a general arrangement in the company, greater flexibility is achieved in giving gifts as an appreciation to some selected employees. This can then be given as a supplement to the general Christmas gifts that are common in many companies.

According to the current rules, the employee can purchase company stock at a discounted price below market value of the shares. The right to purchase at a discounted rate is generally considered as a taxable benefit (payment in kind). However, the duty to tax is exempt if all of the employees in the company are allowed to participate in the stock purchase plan.

The employee was previously allowed to purchase stock with a 20% discount on the market value, but limited to a maximum amount of NOK 5000.

The Government has proposed to increase the discount up to 25% of the market value, but limited to a maximum amount of NOK 7 500.

Since the upward adjustment factor for share dividends was introduced in 2016, there has been a difference between total tax on dividends and interest. There is then the possibility of lower total taxation by taking interest from the company rather than share dividends. This is now being sought to be corrected, in that the marginal tax on interest income beyond hedging corresponds to the marginal tax on share income beyond hedging.

In 2018, a favorable scheme for taxation of options in start-up companies was introduced.

The government lacks information on how many people in actuality use the scheme. With this justification, it is now proposed that the start-up companies must report identity number, time and number of options.

The Norwegian Data Protection Authority has questioned whether the purpose of reporting can be achieved without the persons being identified. The Ministry of Finance replies that it is crucial to obtain such identification in order to be able to follow up the taxation of options as assets of the individual, and that the system of reporting obligations can be extended with an aim towards pre-filling the tax return.

Given the Ministry’s response, the real rationale behind the introduction of the reporting scheme seems not only to be to assess the financial benefits granted by the option scheme, but also to ensure correct taxation.

3. VAT and other duties

It is proposed to amend the current bookkeeping rules, to postpone the VAT tax point - when the taxpayer has to raise a sales invoice- related to construction or shipbuilding contracts. The VAT-tax point shall according to the proposal be postponed until the work has been completed, meaning that no sales document needs to be raised before that time. An exception to that is if the contractor receives a partial payment that corresponds to the progress of the delivery plan. In such a case, the contractor shall issue a sales document for the amount corresponding to the delivery plan.

The proposal also entails that any disputed claims between the parties will not need to be reported to the tax authorities before the project is completed or delivered.

Due to the COVID-19 situation, the Norwegian Government has introduced several emergency measures earlier this year.  The services previously subject to the low VAT rate of 12% are now temporarily reduced to 6% with effect from 31. March2020. The temporary reduction in the VAT rate was expected to last until the end of October 2020. Several political parties has suggested to postpone the change of the VAT rate to January 1th 2021.

However, in the National Budget, it was not mentioned whether the reduced rate would also be extended until January 1th 2020.

We hope that the Norwegian Parliament will announce the extension anytime soon, so the businesses can make the necessary amendments in the rate in their ERP-system.

The low-value threshold of NOK 350 was decided to be abolished in the National Budget for 2020. In this regard, the Government also proposed the timeline for the transition:

It is proposed to keep the transitional arrangement with the relief from declaration until further notice. The EU's new tax package for e-commerce has also introduced new rules for the VAT treatment of imported goods (Import One Stop Stop - IOSS), see our blog about this. The IOSS regime, which has clear similarities with the VOEC rules in Norway, will also be postponed until July 1 2021.

To motivate increased hydropower investments, the government proposes changes in the resource rent tax for the hydropower industry. According to current law, the industry’s investment costs are deducted through depreciation over a period of up to 67 years (in addition to the much-discussed uplift that will be rendered superfluous for new investments). The government proposes that the power companies should be able to expense their investment costs immediately, and not over time dissimilar to the current rules. The change is assumed to strengthen the companies liquidity when they invest in new power plants and in upgrades of existing plants.