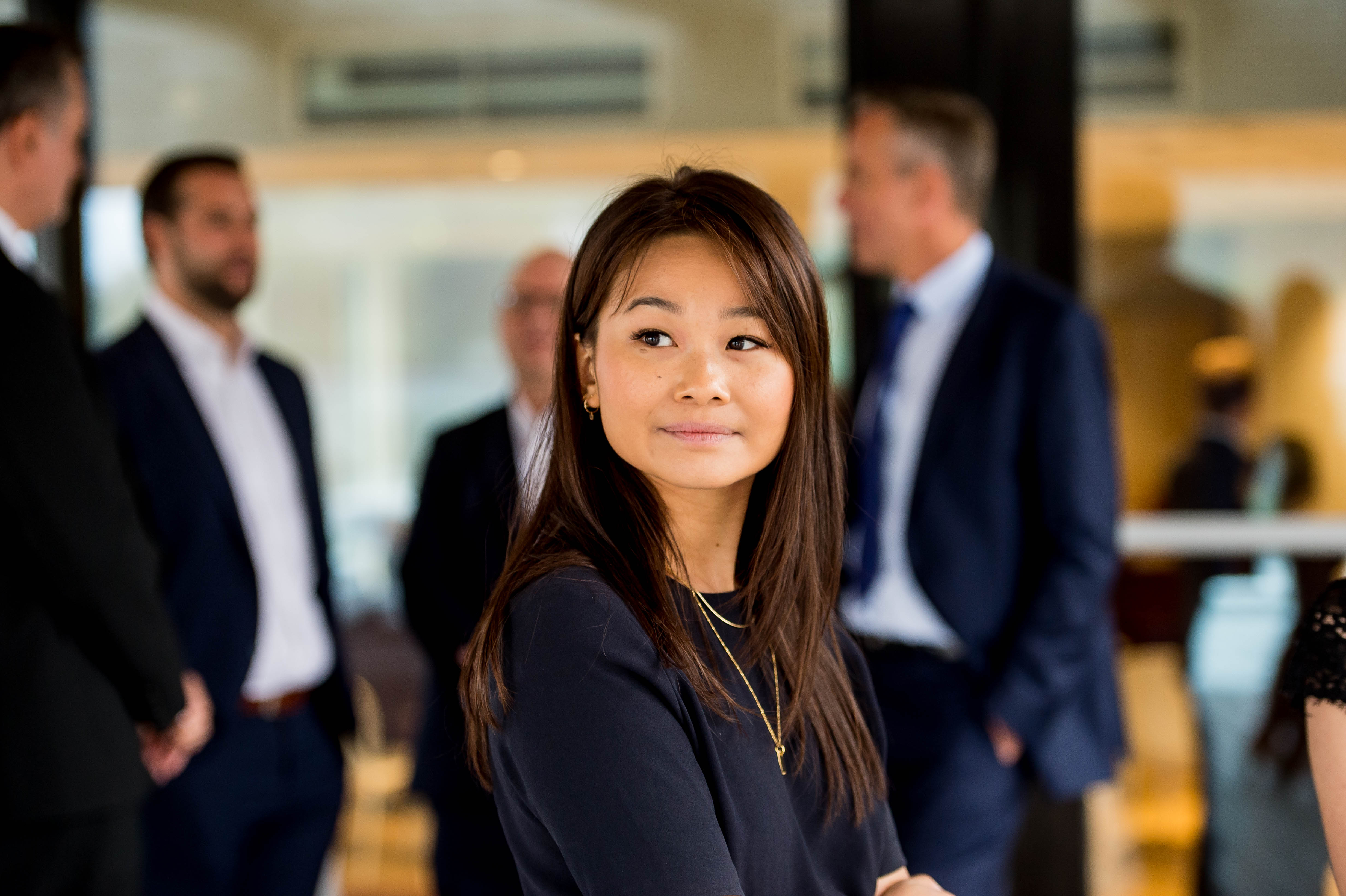 The national budget for 2020 was presented on 7 October 2019. This article provides an overview of the main proposals regarding corporate taxation, VAT and personal taxation.

The SkatteFUNN R&D tax incentive scheme has had certain changes proposed. Most notably, the maximum hourly chargeable rate would be increased from NOK 600 to NOK 700. Purchases of R&D services from third parties would have an annual limit within the scheme reduced from NOK 50m to NOK 25m, to be  the same as for internal R&D, however it is proposed that the requirement that the entity is an accredited and preapproved research institution is removed. This may substantially increase the attractiveness to Norwegian companies of purchasing R&D services from abroad, including in particular from smaller private companies.

The Norwegian interest deduction limitation rules were substantially expanded in 2018, to encompass interest paid to third parties, with a limit on interest deduction of 25% of tax-EBITDA, and an escape clause based on the equity-to-assets ratio of the Norwegian entity or part-consolidated entities relative to the group. The budget proposed some minor editorial and clarifying changes, including creating an option of defining closely related parties in regulation.

The removal of the current low value exemption for small consignment

As expected, the Government has proposed to remove the low-value threshold of NOK 350 for small consignment that is sold to consumers. As a general rule, if a foreign supplier supplies goods below the new threshold of NOK 3 000, the responsibility to collect VAT on the sale will rely on the supplier. On the other hand, if the value of the sending exceeds NOK 3 000, the supplier will be able to let the consumer pay the import VAT. In practice, the Norway Post will handle this.

The simplification scheme does not apply on - alcohol, tobacco, etc.

The VOSC scheme will not be applicable on import or sales of alcoholic beverages, tobacco products, restricted products, and food. These goods will be subject to the ordinary VAT-treatment other types of taxes and excise duties from the first Norwegian crown. This change will likely, among other things, affect on e-commerce of soft drinks and sweets from overseas, especially as the new simplified scheme does not apply to these products. This will most likely entail that the consumer will, as now, import and pay the VAT and excise duties for these goods.

Clothing and textiles are generally subject to customs duties in Norway. However, the Government has proposed a relief of import duties for clothing and textile that has a value under NOK 3000 when the supplier is registered for VOSC in Norway.  Effectively, this entails that the customs duty exemption for this category of goods has been increased from NOK 350 to NOK 3000. This exemption will also lead to a differential treatment between foreign providers and Norwegian traders. The Government is aware of this effect and thinks it is unfortunate yet necessary to be able to enforce the simplification scheme in a manner that the foreign supplier will still be able to apply it.

We find it surprising that the Government has not given more thought to consider the impact this may have on the Norwegian textile players.

The textile industry is already under high pressure with strong competition, hence giving foreign players such an advantage is in our view unfortunate. There is reason to believe that this will lead to increased trade in clothing and textiles from foreign web shops. This is also acting against the initial purpose of the simplified registration scheme.

How the new rules will be enforced from a practical perspective is still subject to discussion. The Ministry will continue to assess feasible solutions for how the shipments should be labeled and reported to document that VAT is required at the time of sale. The Government has signalled that the challenge is to find a common solution for all actors.

The Government has initially in the revised national budget proposed to abolish the 350 kroner threshold from 1. January 2020. However, the Government has now commented that they expect the new rules to take effect  from April 1, 2020. Whether this will be further postponed is unknown.

The exemption for food etc. will be removed from January 1, 2020.

An expert committee appointed by the Government proposed at the beginning of this year to reduce the number of different VAT rates. The committee has further proposed that in the long run, we should have one single VAT rate for all types of goods and services. The committee's report has been subject to limited discussion in the National Budget. The Ministry of Finance has announced that they will, in the first instance, review and evaluate the input from the public hearing, and that the Government will return to the topic in the next budget. It seems like both the body entitled to comment, and the Minister of Finance have been critical of the proposal, and hence we do not expect any changes in the VAT rates in the near future.

We note that the Government has not proposed any changes due to the rates. It only introduces minor adjustments by thresholds: 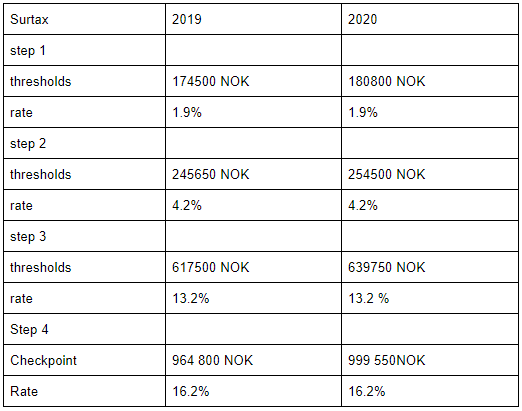 Furthermore, minor changes in the deductions have been proposed, including:

The employer's tax-free coverage has previously had to be compared with the base allowance for work travel. However, this is no longer the fact as the coverage of flights can be made tax-free without taking into account the basic deduction. All coverage of documented visitor journeys with scheduled flights within the EEA will therefore be tax-free.

The tax exemption is limited to those cases where the travel cost that concerns airline tickets from the employer and where the employer reimburses the cost of airfare on documentation.

The proposal to extend the rules takes effect from june 2019.

Shares in newly formed limited liability companies are today for wealth tax purposes valued, as a starting point, at 75% of the sum of the shares’ nominal value and share premium as of 1. January in the tax assessment year.. This differs from ordinary valuation, where the share is valued at the proportional share of net asset value as of 1. January in the income year. The government sees that in some cases this creates artificially low wealth values. It is therefore proposed to introduce the same asset-based rules for shares in newly established unlisted companies as for shares in other companies, but measured at 1. January in the tax assessment year, as a consequence of the company not existing at 1. January in the income year

For personal shareholders this will complicate the tax filing as the tax return is to be delivered on April 30, while the company will normally first report its net asset value in the tax return by 31 May. The government promises that a solution will be put in place to ensure ease in handling. The valuation date for the wealth tax is also pushed back one year in case of certain mergers and de-mergers in accordance with current rules. Due to the possibility of unfavorable adjustments, it is proposed to postpone the valuation date until 1 January of the tax assessment year.

This blogpost is written by Michael Anderson and Jennifer Wong.