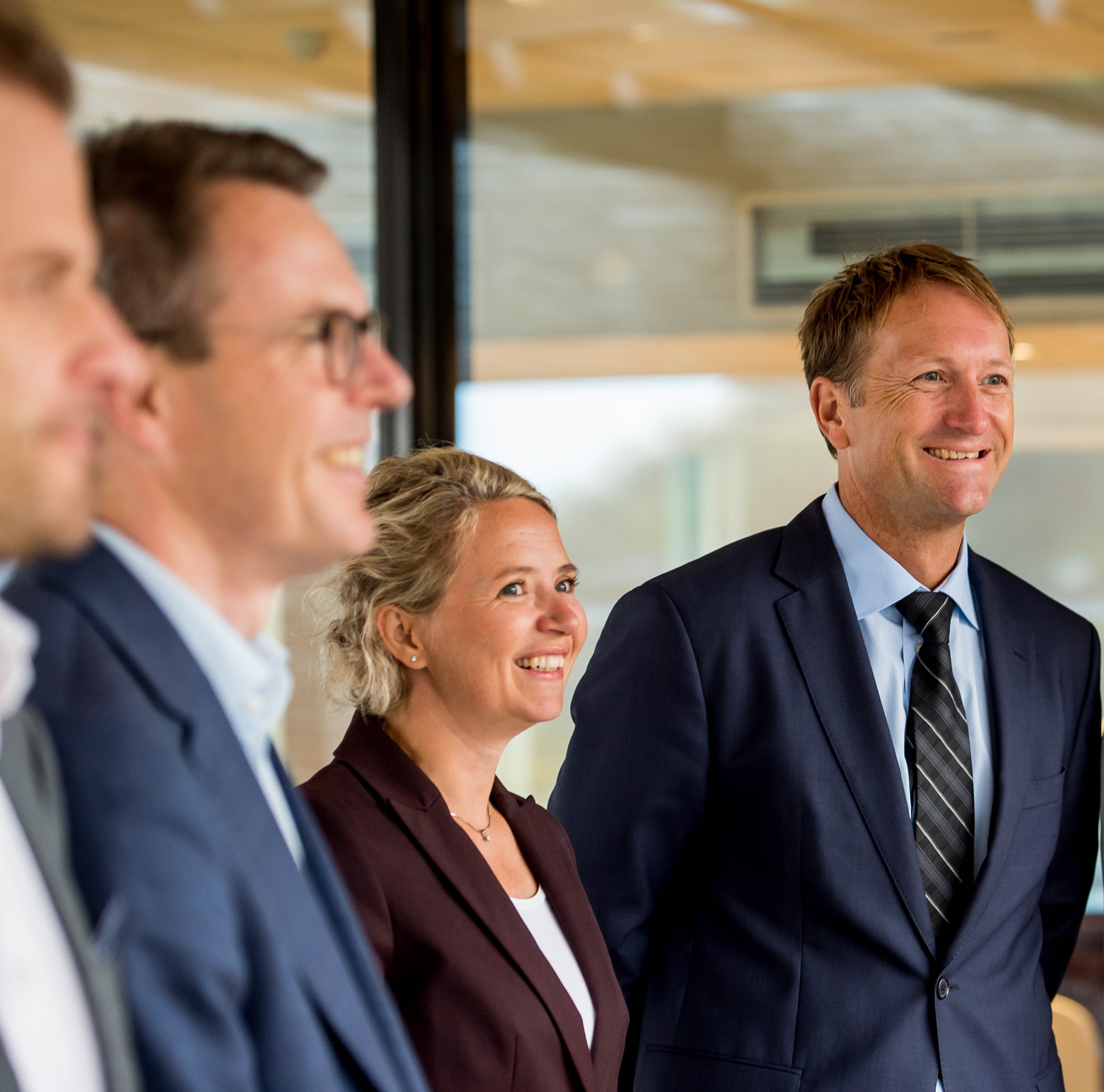 The Norwegian Revised National Budget was presented today at 1045 am, and provides few surprises.

Below you will find a summary of some of the proposed changes.

New rules for delayed payment of taxes and VAT

Due to the COVID-19 situation, the Government has earlier extended the reporting and due date for a number of taxes and VAT, as follows: 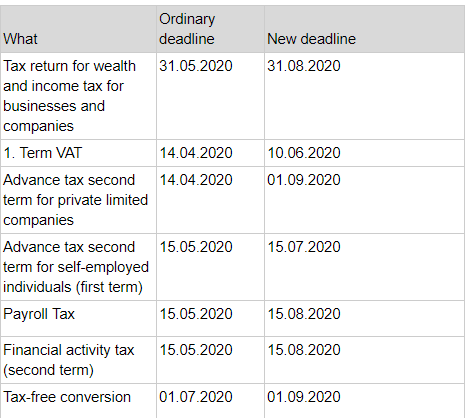 It has now also been proposed to make the current regulations for extensions to the due dates and late payments more flexible, including, on application, further extensions in due dates due to payment difficulties caused by COVID-19.

Whether an extension has been granted or not, it is proposed that the interest rate that applies for late payments will be a reduced rate of 6%. VAT reporting must still be filed as before.

Employers’ national insurance contributions have been proposed to be reduced by 4 percentage points for the third term of May-June. The 4 percentage point reduction is proposed to also apply to social security for US and Canadian employees working in Norway with membership in the national pension system. The due date for payment is extended to October 15th, with the date for reporting unchanged.

Expansion of the beneficial rules for share options in small startups

The rules providing beneficial tax treatment for share options in small startups is proposed to be expanded. The current rules include:

The proposed changes are as follows:

Temporary increase in initial amortization of machinery etc. acquired for the remainder of 2020

It is proposed to increase the initial year amortization of assets that fall within tax asset group D (machinery, personal vehicles, movable furnishings etc.) by 10 percentage points, from 20% to 30%, provided that the assets are acquired from the time the proposal enters into force and until the end of 2020.

It is proposed to establish a tax asset amortization group for ships outside the tonnage tax scheme that are considered in use in local seafaring (‘nærskipsfart’), with a rate of 20%. The current amortization rate for these ships is 14%.

In the recent codification of the general anti-avoidance rule, it was commented that the historic practice of allowing sales of property by way of a demerger and sale of shares in the demerged company tax-free under the participation exemption should be allowed to continue. It has now been clarified that other types of assets than property were not covered by those comments, and may still be denied under the GAAR. We consider this to significantly increase the risk that such transactions will be affected.

Retroactively changing membership of the shipping tonnage tax regime will, generally, be denied

Under the current rules, companies are able to refile taxes for three years prior by their own choice. This has, in theory, allowed the company to refile as inside or outside the tonnage tax regime historically, based on later events. Under the proposal this will, in general, not be allowed. Refiling may only be done within the limits of the same scheme membership. In special cases, permissions to make such a change retroactively may still be granted on application.

VAT and other duties

Proposed to extend the submission deadline of the VAT compensation claim

Municipalities, county municipalities and private/non-profit enterprises that are subject to the VAT compensation scheme usually have a rather short deadline for filing its VAT compensation claim. For example, the requirement for January / February is already due on June 10. If the submission deadline is not met, the companies will normally not be eligible to claim VAT compensation. Due to the Covid-19 situation, the short deadlines has created a huge pressure on the compensated companies that already have been charged with extra work due to the outbreak of the virus.

To make Norway an attractive location for large data centers, a reduced electricity tax was introduced from 1 January 2016. However, through the national budget for 2019, the Government concluded that the reduced electricity tax scheme should not cover electric power supplied for cryptocurrency extraction in data centers. This conclusion was made because there were still necessary clarifications from the EFTA Surveillance Authority (ESA) on whether state aid will be included in the decision. When the delimitations and implementation of the decision were being consulted during the public hearing, a number of comments were raised, which mainly pointed out that it was challenging to implement and control such a delimitation in the reduced electricity charge, as well as incurred administrative costs for the taxable grid companies. It was also pointed out that such a delimitation in the reduced electricity tax would counteract the desire for the establishment of data centers in Norway.

Therefore, after a comprehensive assessment, the Government proposes to repeal the decision that a full charge will be levied on electric power for the recovery of cryptocurrency in data centers.

Exemption from CO2 duties on natural gas and LPG reinstated

In the National Budget for 2020 it was proposed that certain businesses and activities (chemical reduction, electrolysis, metallurgical and mineralogical processes) ordinarily subject to CO2 duties yet historically exempted should no longer be granted an exemption. It is proposed that these exemptions will be reinstated, with the aim of a gradual increase to regular duties towards 2024.

This blogpost is written by Jennifer Wong, Michael Anderson and Ståle Wangen.