Norwegian customs authorities has developed an aggressive approach to transfer pricing adjustments, and importers are adviced to examine the customs treatment of such adjustments closely. Attention should also be paid to other intra-group charges, such as management fees and allocation of central costs.

In a recent article in the newspaper Dagens Næringsliv, Bjørn Røse, the Director General of the Norwegian Directorate of Customs, made the following statement:

«An increasing problem both in Norway and globally is so-called «transfer pricing», whereby companies in multinational groups declare incorrect values related to intra group transactions to obtain tax benefits. In 2015 we had several large cases where additional VAT/customs duties were calculated due to transfer pricing.»

We are somewhat puzzled by this statement, as the term “transfer pricing» is most often used to describe procedures that group companies go through to make sure their intra group prices are in line with OECD guidelines, introduced to make sure multinational companies pay an adequate amount of taxes in each country.

To put it short, the transfer pricing rules require the price between related companies to be on a so-called «arm’s length» basis. According to OECD guidelines there are different methods to reach such a price, but I will not go into any of the details here. What is important in a customs perspective is that the transfer pricing methods often will require group companies to adjust their prices to maintain the arm’s length price over time.

The relation between transfer pricing adjustments and the customs value used for importing goods to Norway is quite complicated, and we recommend companies in multinational groups to examine their procedures closely to make sure they are in compliance with both sets of rules. The statement by the Director General quoted above shows that the customs authorities have a tendency to look at mistakes and lack of knowledge by the businesses as deliberate tax evasions.

There is a similar issue related to other intra-group charges, such as management fees, service fees etc. The customs authorities will look at such fees as part of the payment for the goods unless the importer can prove that services have actually been provided to them from the foreign group company. In a recent decision (ref. TOSLO-2015-90004), the City Court of Oslo found that the service fee in the case should be included in the customs value because the services comprised by the agreement between the parties were services that benefitted both companies, such as shared IT costs.

It is very important to address these questions up front to avoid audits, penalties and general suspicion by the customs authorities. We recommend companies to analyze intra group charges from a customs perspective, and prepare documentation supporting the customs valuation of imported goods. 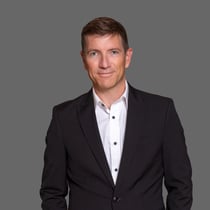 My name is Per Kirknes, and I am an Attorney at Law working in the indirect tax team in PwC Oslo. I specialize in international trade with goods, including domestic and international VAT issues, as well as customs and excise duties. My work is often related to cross-border transactions, including structuring of supply chains and analyses of intra-group transactions. I also provide advice related to specific customs issues like valuation, origin, classification and customs procedures. I have been with PwC since 2010. Prior to that I worked ten years with development of the Norwegian customs legislation in the Directorate of Customs and Excise.

The Norwegian National Budget was presented today at 10:00 am.  1. Corporate taxes Norwegian withholding tax on interest, royalties and ...