Standard Audit File for Tax (SAF-T) is an electronic format (.xml) for efficient transfer of accounting data from companies to tax authorities or external auditors. SAF-T was first adopted in Portugal and has further spread to other countries like Austria, Luxembourg, France and recently to Poland and Lithuania. Potentially, as of 1 January 2017 SAF-T will also be implemented in Norway.

SAF-T has been originally created by the Organisation for Economic Co-operation and Development (OECD). The purpose of SAF-T is to conduct more efficient and effective tax inspections by enabling easier identification of the main areas of non-compliance in the tax reporting. According to the authorities in countries in which this solution has been already implemented, SAF-T brought significant benefits.

What are the practical consequences of SAF-T for businesses?

As a Polish, I have followed the implementation of SAF-T in my country with curiosity and observed all the challenges that the businesses in Poland encountered in connection with the new SAF-T requirements. Many companies have problems to adjust their system to make it in line with new rules of SAF-T. It also happens that the scope of data sources for SAF-T comes from a number of different IT systems which cause a necessity to create a converter (IT software), which will enable the company to modify data from the source systems into the required .xml file format.

Potentially, similar challenges may occur also in Norway as of 1 January 2017. My advice for all companies doing business in Norway is to prepare for the upcoming changes already now. As first step, determine the scope of your accounting documents and prepare a mapping of data required in SAF-T to your IT systems. Further, check with your system provider whether they offer updated accounting software that enables to generate SAF-T in .xml format.

Implementation of SAF-T in Norway – what should you know?

It is proposed that the requirement to provide financial data in the SAF-T format shall comprise all companies with an obligation to keep bookkeeping information electronically. There will only be two cases when the companies will be relieved from the SAF-T requirement; i.e.:

Nevertheless and despite the above mentioned exceptions, any company liable to keep books, will still be covered by the SAF-T requirement, if it has the accounting data available electronically.

Remember that SAF-T in Norway is not supposed to replace regular reporting of tax data by means of submission of VAT return. Potentially, this might happen one day in the future, however not as of January 2017. For the time being, based on the initial suggestion made by the Norwegian Ministry of Finance, the companies must be ready to send accounting information in the SAF-T format to the tax authorities upon their request (e.g. in case of a tax audit).

The proposed changes in the bookkeeping regulation were subject to a public consultation and the deadline for submitting comments was until 1 October 2016. As a result, many of the system providers suggested to postpone the mandatory implementation of SAF-T and start with the voluntary reporting. Accordingly, the details of the new regulation are still subject to confirmation and the obligation may potentially be postponed until 1 January 2018.

Shortly about SAF-T in Poland

The new regulations in Poland apply also to foreign companies with a Polish VAT registration but with no establishment for Polish VAT purposes. The “size” of the foreign company is calculated based on the global business activity and not solely on the basis of activities conducted in Poland.

Also in Poland, the SAF-T format does not replace the traditional VAT return, which still has to be filed as before. Failure to submit a VAT report in the SAF-T data format as well as provision of inaccurate data in a report can be classified by the authorities as offences under Polish fiscal penal law.

I think that the Norwegian businesses should take advantage from the experience gained in other countries where the SAF-T solution was already implemented and prepare for the upcoming changes in advance. 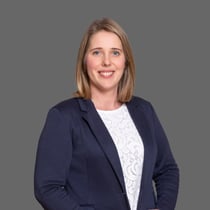 My name is Diana Geilhufe and I work as Manager at PwC Tax and Legal Services. My area of expertise covers international VAT advisory service. I assist clients with assessment of VAT obligations in Norway as well outside Norway. I specialize in analysis of cross-border transactions, including restructuring of supply chains from the VAT perspective. I have been with PwC since 2010, first 5 years at PwC in Poland before joining PwC Norway in 2015.

I would like to blog about my international experiences in this area. Please feel free to contact me, if you have any questions, comments or input.