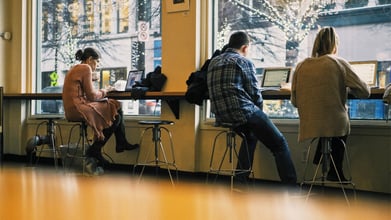 The proposal for the revised national budget for 2016 was presented on 11 May. The article provides an overview of the key proposals within corporate taxation, VAT and personal taxation.

The adopted, not yet effective, rules on accelerated depreciations of wind power plants are proposed amended. The proposal entails that the effective date of the new rules is postponed to 19 June 2015, that the new rules are applicable also for assets acquired in the income tax year 2021 and that the rules will be excluded if work on the project is commenced before 19 June 2015. For further details on the proposal, please see our separate article here.

Minor adjustments of the rules on securities’ funds:

With effect from the income year 2016, new rules on the taxation of securities’ funds were introduced. The government has proposed two key amendments to these rules:

On 14 December 2015, an air passenger excise duty for each passenger travelling from Norwegian airports was introduced, entailing that a tax of NOK 80 exl. VAT shall be paid by each passenger. The rule was planned to enter into force from 1 April 2016.

The implementation was postponed in March due to signals from the EFTA surveillance authority, saying that the new rules could constitute state aid. The new date for implementation of the passenger tax was set to 1 June 2016.

In the revised national budget, the government states that it still plans to implement the tax from 1 June, as the EFTA surveillance authority has signalled that they will process the matter quickly. However, this implies that the government will have to receive a (“positive”) decision from the EFTA surveillance authority during the next three weeks.

Expansion of the rules on loans from companies to personal shareholders:

With effect from 7 October 2015, loans from limited liability companies to personal shareholders are considered dividends from a tax perspective. For further details on this, please see our previous article here. The proposal entails that the rules shall also apply to loans from general partnerships to personal participants in such companies, i.e. the loan shall be taxed as a taxable distribution from the company. The rules are proposed to take effect for loans granted from 11 May 2016.

The Norwegian Tax Appeal Board issued a decision 4 November 2020 (published 19 April 2021) in which tax treaty benefits for US Regulated ...